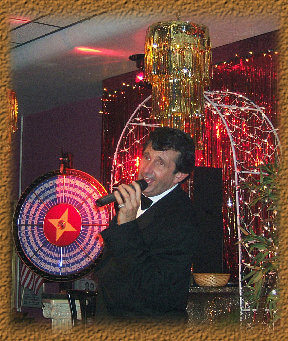 Born in Pittsburgh, Bob was influenced, from an early age,

Born in Pittsburgh, Bob was influenced, from an early age, by music from the 40s and 50s. Voice and Instrument lessons were given by his Aunt and Uncle during his teenage years. College expanded his experience in choral music as well as theatrical roles.

Hundreds of shows and concerts later, performance venues included the Tropicana in Atlantic City, The Host in Lancaster PA., The Kean Theater in Gibsonia. Most currently Mountaineer Casino and lounge, Wheeling Island in West Virginia and many river cruises on Pittsburgh rivers. Everyone enjoys his authentic interpretation of Dean Martin.