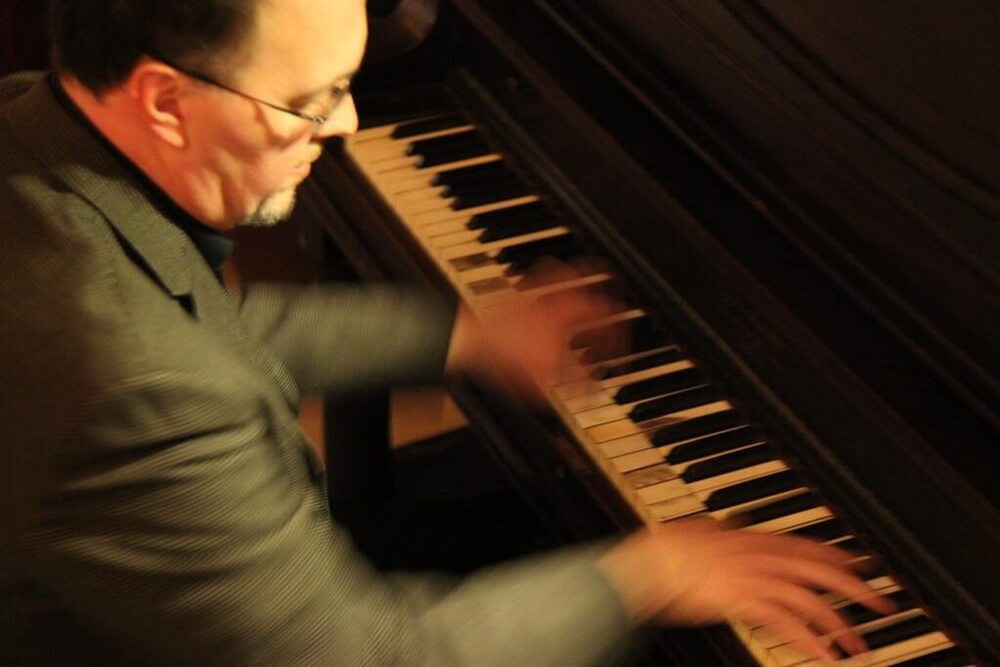 ““ … In our humble opinion Tom is without question one of the finest pianists today in the exciting Harlem stride piano style...“ ” - JazzBeat Magazine

Tom is one of the leading exponents of early jazz piano in the world today (as stated by Ricardo Sciavales in The Heart and Soul of Stride, Blues, and Swing Piano). Originally from Pittsburgh, Tom played in all the major jazz clubs in the French Quarter and on the riverboats of New Orleans when he lived there from 1989 to 1994. Tom has performed twice at New York’s Carnegie Hall in 2003, once with Skitch Henderson and the New York Pops. He was featured in 2003 in solo with Dick Hyman at the prestigious Jazz In July series at New York’s 92nd St. Y.

He has performed on The Tonight Show with Johnny Carson The Statler Brothers Show on TNN , and A Prairie Home Companion with Garrison Kiellor. Tom arranged and performed the music for the soundtrack of Martin Scorsese’s film The Aviator, starring Leonardo di Caprio, as well as several titles for the film DeLovely. Tom has recorded over 40 albums and has performed throughout the United States and Europe.