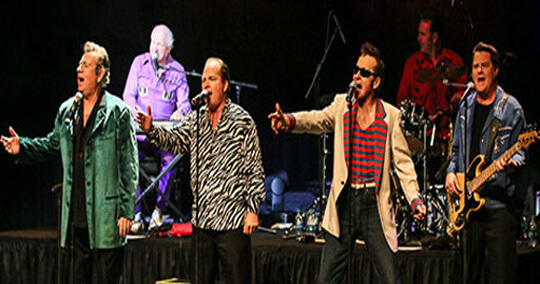 Sha Na Na may not have invented rock nostalgia, but the group has successfully-very successfully- celebrated the muric and the memories for the past four decades…in concert, in the movies, on TV, and on record.  Sha Na Na’s story is an all-encompassing one: they were in the original Woodstock Festival lineup, starred in “Grease”, host the “Sha Na Na” TV series for four years, and still play more than 50 concerts a year, from state fairs, performing arts centers, casino showrooms to mega corporate function world wide.