"Sputzy was awesome. We couldn't have been more please with how the event was handled" - 2010 Barbara Stecko

“Sputzy was phenomenal! His sound has updated, his voice is still remarkable and his new female vocalist was a real plus.” – Dorothy (Raizman Party)

"We were more than pleased, Sputzy was great, all our guests commented on how good the entertainment was" - 2008 James F. Brungo D.P.M.

"Sputzy was phenomenal! Our guests were amazes at how terrific they were. On a scale of 1 - 10, they were an 11."- Stacy Moore

“Sputzy was phenomenal! His sound has updated, his voice is still remarkable and his new female vocalist was a real plus.” – Dorothy (Raizman Party)

No matter what name you know him by, this former lead singer of “Gigolo” & “Modern Man” will make sure you don’t forget him. This becomes evident when you listen to his first solo CD entitled “Not Just Any Love Song”, and album entitled “Too Much Too Soon”.

After his departure from Gigolo, Sputzy went on to perform with “Modern Man”, who had national dance chart success. Sputzy’s vocal performance with Modern Man was also featured on the soundtrack of George A. Romero’s film, “Day of the Dead”.

Over the years the bands have changed, but one thing has remained the same, his soulful style. Sputzy’s from the heart performance on his debut 11 song album entitled “Too Much Too Soon” displays his vocal versatility. He artfully delivers ballads like “Forever”, “Anyone Who Had A Heart”, & “Not Just Any Love Song” , along with harder edged songs such as “Mercy, Mercy, Mercy”, “See-Saw”, “You Can Leave Your Hat On”,& “Double Agent ‘O Soul”. He gives each song it’s own persona with an injection of soul. 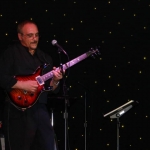 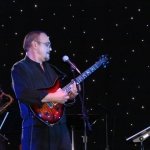 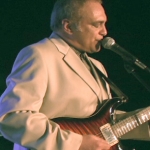 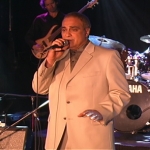 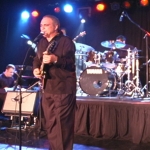